The last reason could be, and probably is, the ONLY reason that I’m still hanging onto this machine. 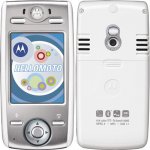 I should mention that I don’t use all the functions that are advertised for this gadget. For example, I don’t go on the internet or connect to office intranets, send emails or instant messages. So the E680i may actually have a lot more good points than what I’ve stated above. Would love to hear if any of you have neat tips or tricks using this thing.

Disclaimer: We take no responsibility if you damage or fry your phone trying this….etc. I know it works on mine, but only after a lot of experimentation. Don’t expect it to all go to plan on try#1. However, I’ve never ever done any programming before this in my life and have never hacked anything except with a knife so if I can do it, any monkey can…

The original thread is here, at HowardForums by a really really really nice guy called yantz.. Long live yantz, you freed my music soul… But it’s a long read so for the convenience of Kaitech readers, here are the relevent bits quoted for you….

just to show you its not difficult doing basic hack into the phone.
download linloader package here

there are 4 files inside.
put phone to usb mass storage mode and connect to pc
make sure explorer is set to view hidden files
explore to sdcard\.system\QTDownLoad
create new folder "loader" there
put loader.png, loader-sm.png and lin_loader in the new loader folder
put test.lin into phone’s main folder
explore to sdcard\.system\java
open PlugCardDB there using any unix compatible editor, wordpad should be fine, but not notepad
if you have installed some apps in sd, there should be quite a long list there, otherwise it will show only 2 lines
anyway, add these to the bottom of the file:

save the file, plug out cable and restart phone.
after restart, you should have new "Appname" with arrow down icon in tools menu.
tap and hold test.lin -> open with -> Appname <- appname should be at the bottom of the list
tick always open this program….
close and reopen file manager and you should see a new file test.txt created.
at this stage, you have successfully installed linloader, a very very useful tool that enable you to easily run scripts from phone’s file manager

now lets try hacking into the realplayer settings
create a script to extract the config file from the phone.

save and tap it
close and reopen file manager
the ezx_realplayer.cfg should disappear from the phone’s main folder
congratulations, your playlist can now hold more than 50 songs

I’ve now gone past the first step but got stuck on the second part.

ezx_realplayer.cfg file has appeared
but this does not have "MaxNuItem = 50" line.
I’m having trouble from here.
I do not know what/how to edit from here on.

yantz~ can you explain in an easier way??

you can copy paste some/all fields 🙂

since you can see ezx_realplayer.cfg in phone’s main folder, it means your linloader is successfully installed. it would be very very easy to do other basic hack from here :clapping:

Well, I tried editting .cfg file with copying parts from yours..
and I have to change jus587.lin file as well, right??

I did, but the .cfg file does not disappear.
Strange!

if the cfg doesnt disappear, then it could mean you didnt edit the jus587.lin file right.

E680i MP3 PLAYING LIST EXPANSION SUCCESS !!!!!!
AFTER ABOUT 3 HOURS OF MESSING WITH THIS PHONE I FINALLY FIGURED THIS LINUX LOADER PROGRAMMING STUFF OUT AND FINISH WITH EXPANDING THE PLAYLIST.

THANKS ALOT TO YANTZ CAUSE I WOULD NOT HAVE THE CONFIDENCE TO TOUCH THIS PHONE WITHOUT YOUR INSTRUCTIONS. THANKS AZN DAMIEN, YOUR ATTACHMENT MADE THINGS EASIER TO UNDERSTAND.

A COUPLE OF PROBLEMS I RAN INTO WOULD BE THAT I ENTERED MORE 1 MORE NUMBER 0 IN THE [AppLinkRecord100000001]. I HAD 10 DIGITS WITH 9 ZEROS IN THE MIDDLE. I REALIZED THAT I ONLY NEED 9 DIGITS TOTAL.