As with all Sony products this wireless stereo bluetooth unit looks and feels well made. 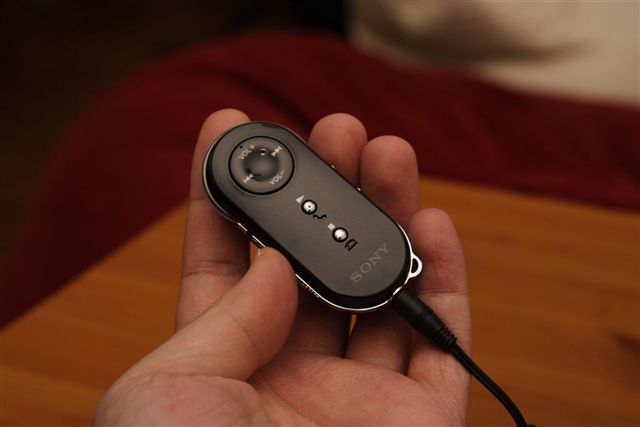 The upper face have the main controls.  Here you will find the volume control plus forward/review buttons on the round dial. Below the dial you have the Play/Pause button and the next it, the Stop button.  The Play and Stop buttons also double up as Answer and Hang up buttons when making phone calls. 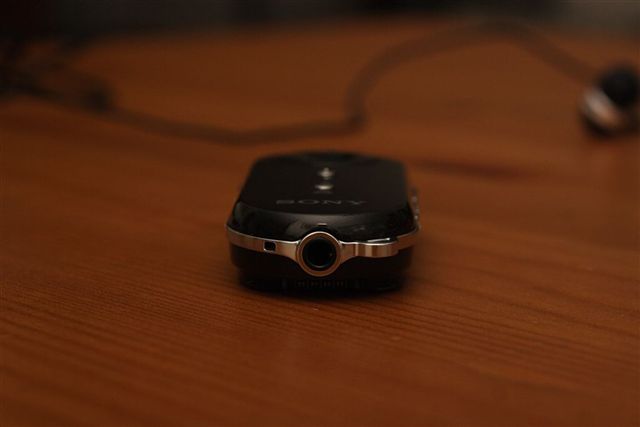 The bottom end houses the headphone jack and the microphone opening lies adjacent to it. 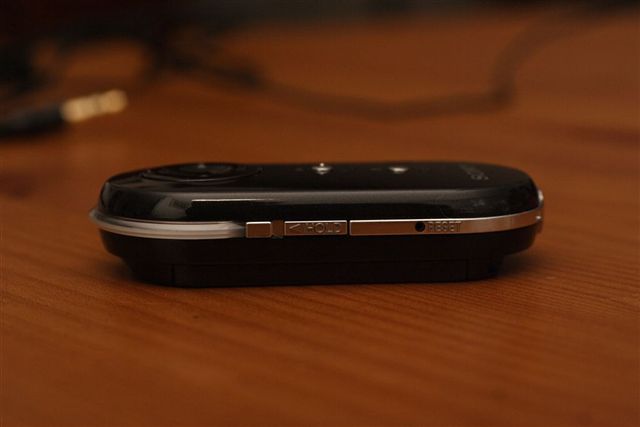 On the left side of the unit we see a reset button and a hold switch.  Luckily there has not been any reason to have to use the reset button, but I guess if the unit hangs for any reason at least you can restart to see if the unit is at fault.   The hold switch has been useful as I usually have the unit in my pocket so this helps to avoid accidental button pressing. 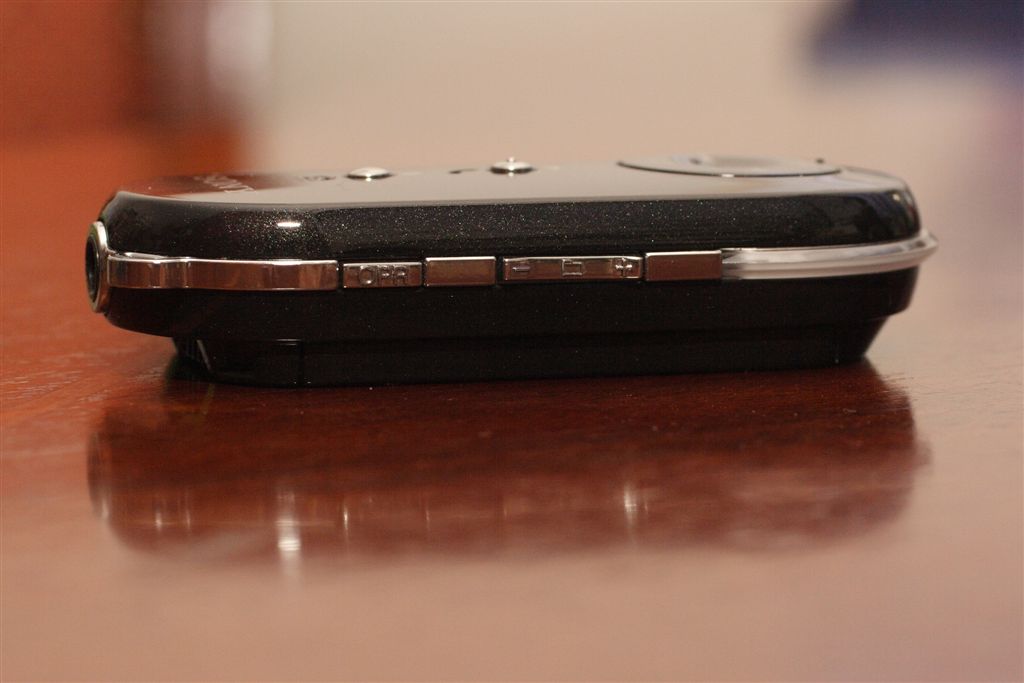 On the right side of the unit is the power button labelled OPR.  A sustained pressed of the button will turn on the unit.  Once turned on it should automatically bond with a paired phone.  An even longer sustained press of the OPR button and it will be in a mode to allow you to pair with another phone.  The button adjacent appears to allow scrolling between files. Unfortunately I am unable to get it to work with the D810 so far. 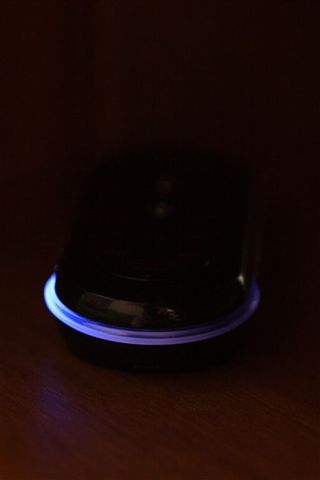 The circular, translucent ring around the top of the unit spreads the light from a blue LED, indicating that the bluetooth unit is on.  A red LED is also present and comes on briefly when it is bonding or in the process of pairing with a phone. The pulsating blue LED makes an interesting mood light when flashing in low light. 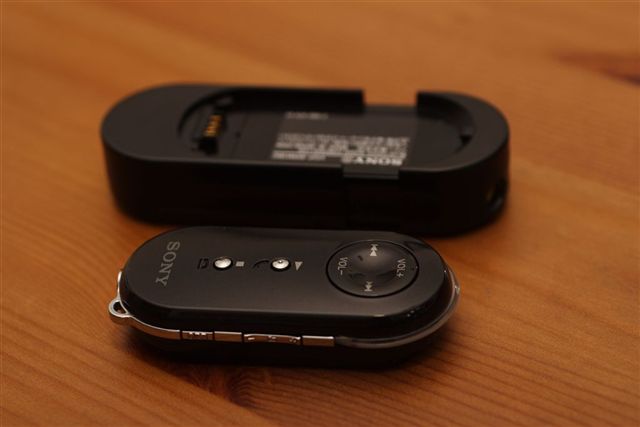 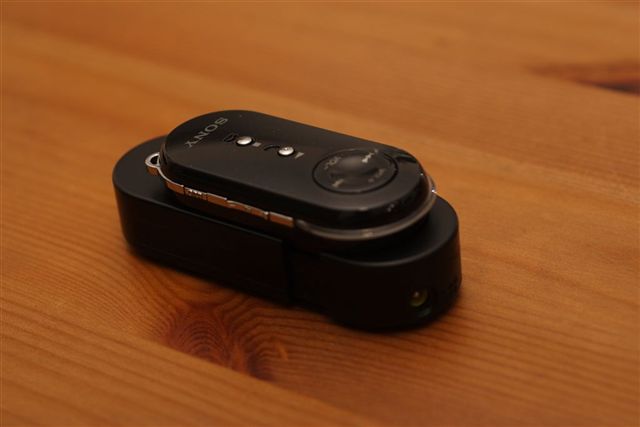 The charger for the BRM-1 looks very purposeful! The charging base needs to be extended out before you position the bluetooth controller for charging. There does not seem to be anyway you can get a USB adapter to charge it with your laptop.  Sony claims audio streaming time of 15 hours, talk time of 15 hours and a standby time of 200hours on a full charge. 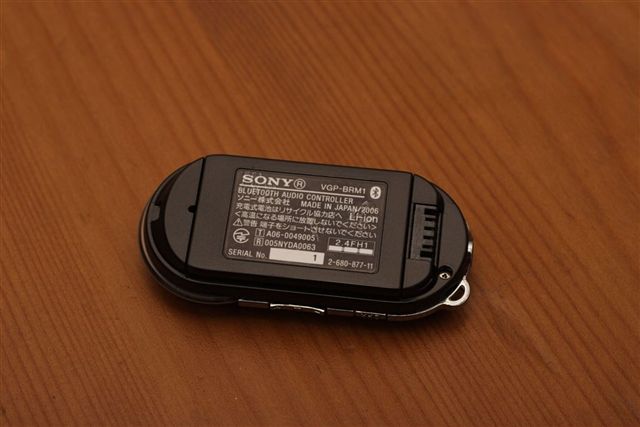 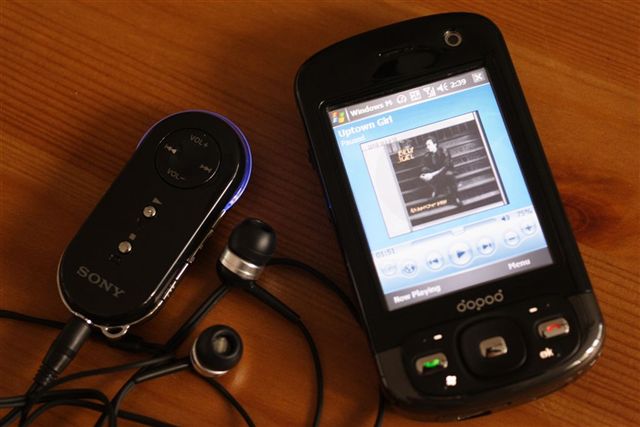 AVRCP appears in working order as  controls on the BRM-1 worked flawlessly.  This was a big deal for me as my previous R35 had functions that did not seem to work properly together with my phone.

When the Sony Bluetooth was turned on it bonded with the phone and automatically activated A2DP. When A2DP activates a little headphone icon will show up on the task bar briefly. With my previous bluetooth unit I needed to go into the bluetooth utility in the phone and turn on A2DP manually.

Pause/Play and Stop did not work on my previous R35 with my phone so all these functions had to be done on the phone itself.  Luckily these functions all worked properly on the Sony BRM-1. Volume control and FWD/REV all worked as they should as well.

The Play and Stop buttons also double up as Answer and Hang Up when receving a call. The music will automatically pause when a call is answered. The music will resume where you last left off when you finish the call.

The big weakness that I have encountered in sound with this unit together with the D810 is in the higher frequencies.  Treble can sound scratchy at times with some residue hiss. It ends up with the higher end not sounding as crisp as it should.  The same music can be played on my other MP3 players without this problem.

To be fair my previous R35 BT unit had exactly the same problem. On the plus side of the Sony unit, the mid and high range seems to have a fuller and richer tone. When compared to my R35, the R35 would sound a little tinny and hollow with the high end at times.  Also in comparison the bass coming from the Sony unit seemed deeper and more sustaining.  In most cases I found that the bass helped very much to soothe the scratchiness of the treble. 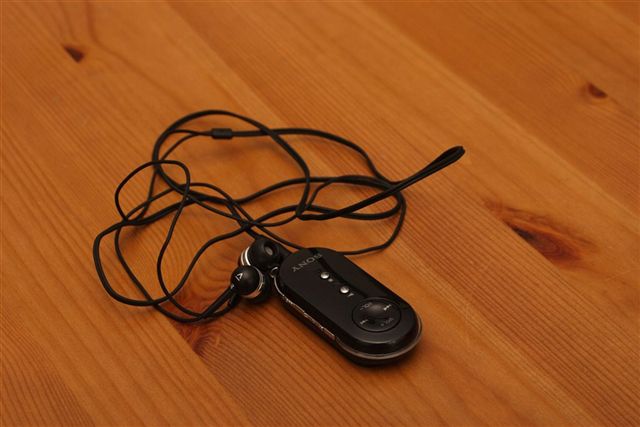 The type of headphones you use will make a difference in the overall sound.  The Sony unit did not come with headphones so you will need one handy. I have tried several and found some would not produce any bass and made the sound very flat and unpleasant to listen to.  I got favourable sound coming out from my Sony ear buds MDR-E837, although they are not a snug fit in my ear so they would need constant adjusting when walking about.

I found for me the most comfortable to use are the inner ear type of headsets. The advantages to these are that they block out the external environment noise and I find that  they sit nice and snug in the ear canal so don’t require constant adjusting. It would help to try these type out first though. My wife for example can’t use them as her ear canal is so narrow that it makes it very uncomfortable to wear.

I am currently using and can recommend the Creative EP-630. They are very comfortable for me to wear for extended periods and they have a very nice bass response. These are great low budget headphones.  Interestingly a friend was using a pair of Sennheiser CX-300 headphones and when compared from the outside they looked identical. I was able to listen and compare them both on the Sony BT and in my opinion did not notice any discernable difference.  I also have a pair of Sony inner ear type (MDR-EX51) and was quite happy with the sound from these as well.  A more recent purchase was the Sony MDR-EX90. I found it a little disappointing as it sounded a little flat and lacking bass with the bluetooth setup.

Another thing I might add is if you have been finding music through AD2P being a bit flat it might be worth experimenting with the fit4cat Hermes Tweaker. This utility has a tweak that allows you to choose improved sound quality via A2DP. I feel that it does seem to improve stereo seperation and quality when using  this utility.

One final comment is that I have tried a direct connection with my headphones to the miniUSB using an adapter and the sound is really awful. The music that came out was very flat.  I tried Mortplayer to try adjusting the sound with it’s equaliser and I did not find it to be a pleasant experience.  I would be interested to hear of anyone with a direct setup and having acceptable sound quality.

I have been using Windows Media Player on the D810 for music listening.  The music is in 192kbps, MP3 format. The type of music I have been listening to include music from Black, Julia Fordham, Marc Cohn, Margaret Urlich, Maxi Priest, Ray Charles and Simon Webbe. I have not been listening to any non-vocal music. 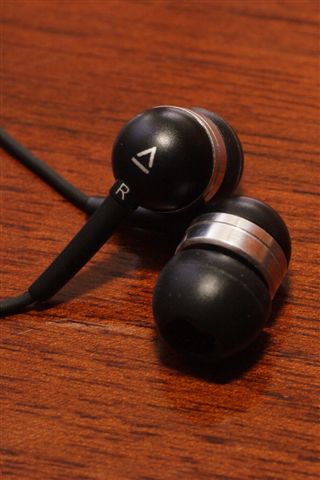 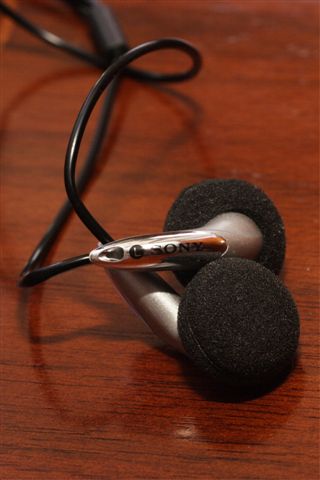 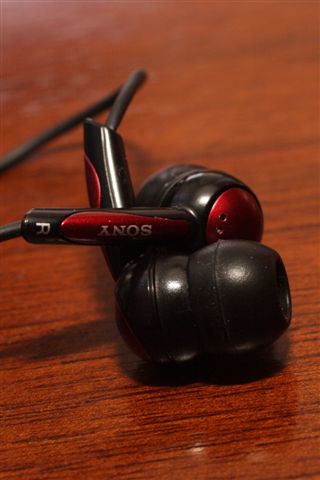 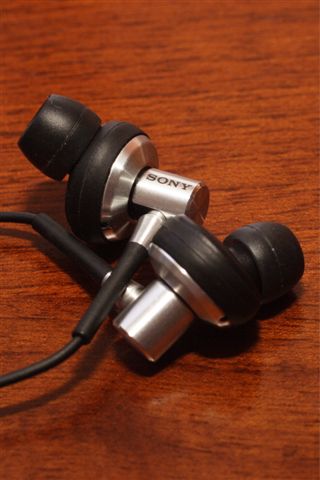 Left to Right : Creative EP-630, Sony MDR-E837, Sony MDR-EX51, Sony MDR-EX90
The Wearability
The Sony BRM-1 does not have a clip built into it so it can not be pinned onto your clothing. If you want the unit’s microphone close to your mouth without having to hold it you can wear it as a pendant with the supplied neck strap. Unlike with Scamp the Dog I don’t really feel comfortable having the unit dangling around my neck.  I much prefer to just slip it into my pant’s pocket and if I need to answer the phone I just take it out and hold the mic close to my mouth.  If you really need to keep your hands free though you will have to stick with the pendant method.  You might need to consider the length of the headphone lead depending on how your wear the device.  A short lead will be less annoying when worn as a pendant while a long lead is helpful if you place the unit in your jacket or trousers. 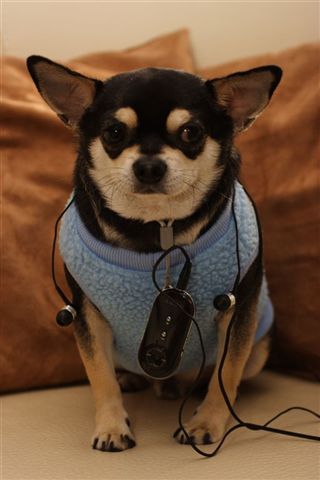