Little did I realise how easy it was going to be to cave in to the HTC Vive.

In Hong Kong it is over $8000hk to purchase , which felt rather high for some goggles and a pair of controllers. 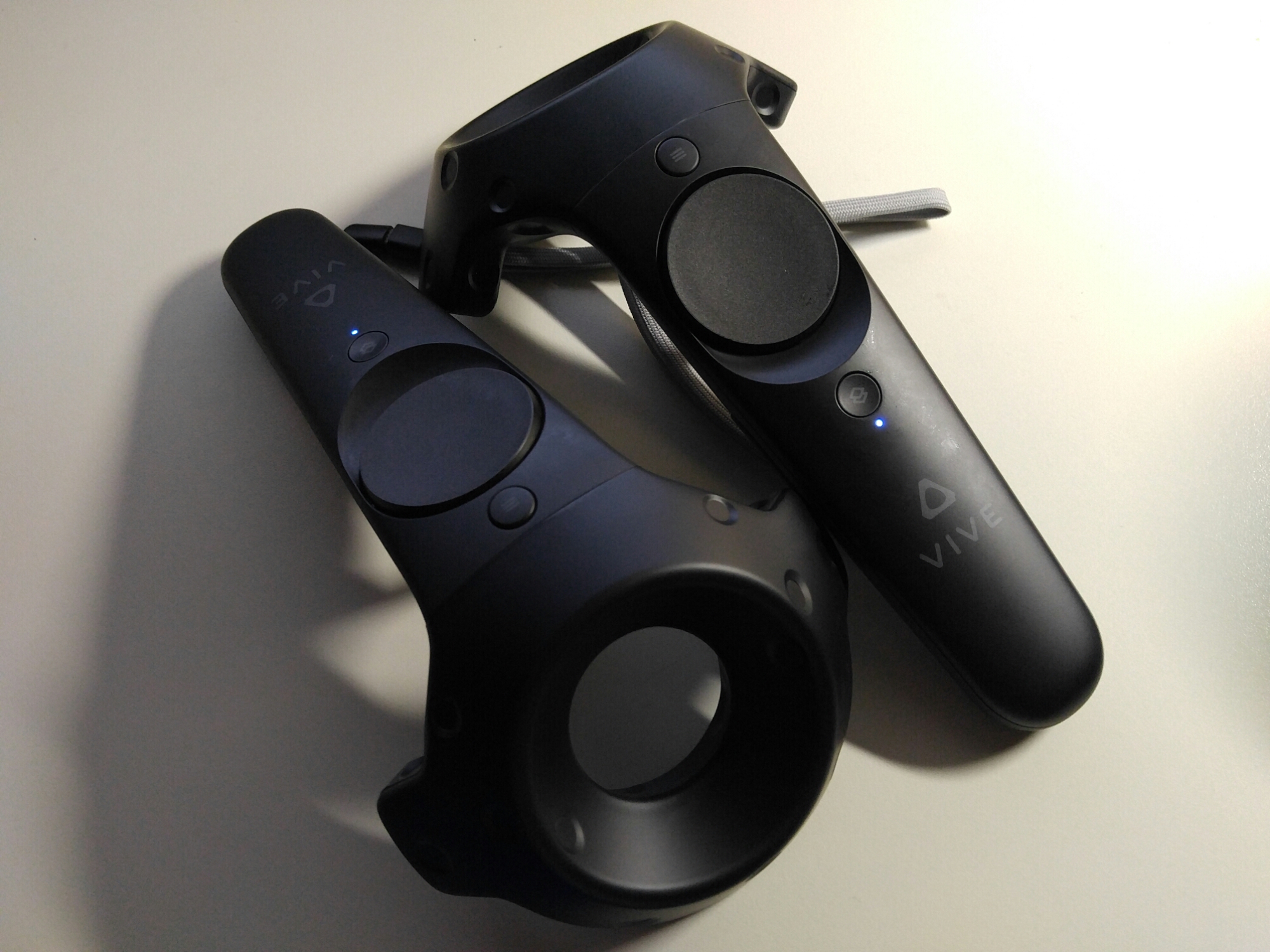 The best way to avoid buying this expensive bit of kit is to NOT go and have a demo of what the Vive can do. I ignored my own advise and decided to go to our HKT store to investigate.

To make a long story short I was rather impressed after the demo. A few months back I was able to try an early beta version of the Oculus Rift. I came away that time perhaps a little impressed, but the quality was very basic and applying the goggles, setting up and usage all felt a little awkward. I must emphasis again though, it was an early beta version. I had a much more impressive and exciting time with the Vive demo. Getting the goggles on was rather quick and easy. The wiring at the back of the headset was a little annoying, but the irritation faded away as you immerse yourself into the VR experience.

I was first introduced to a scene from the movie Jungle Book. I was standing on the branch of a giant tree. The jungle around me was green and lush. It was beautiful. I looked down and I could tell I was really high up….really high. And then this really big snake came to greet me. It got quite close. It’s jaws could cover my entire field of view. And then it was over. My time in the jungle was quite brief, but it was enjoyable. I was totally immersed and I could walk around a little bit too, I could look where ever I wanted to.

Next I was introduced to a Zombie killing demo called The Brookhaven Experiment. This was my first introduction to the controllers. I think this is something quite critical with the VR setup. The Vive controllers work perfectly in tandem with the goggles. Interestingly the first time I used the controllers they looked nothing like their original shape. I was wearing the goggles at the time and the demo assistant handed them to me. I couldn’t see the assistant as I was wearing the goggles. What I saw was a gun and torch floating towards me. When I took the torch it felt just like a torch, the button on the torch corresponded to a button on the controller exactly. When I took the gun, the controller felt exactly like the gun. The trigger on the controller was exactly where trigger of the gun was. The realism was just getting more and more …real. I was a bloody good shooter too! I got to rush around a little rectangular area, I used the torch to shine onto those damn Zombies and blew their heads off with my gun. I felt like a hero! The demo was brief, but was amazing.

At that time the Vive was not available in the stores yet, although I could pre-order. They were arriving “any day”. That was great! I could walk away from it.

The other mistake I made after that was to spend any free moment I had looking for VR stuff on the internet. A friend happened to point me to a game called Hover Junkers . This looked amazing. It is for the on-line multi-player and basically you flew around in your junky looking hover crafts killing each other and finding loot. I could name quite a few games already available with a similar storyline, but I thought this time it was different. These guys were really walking around their craft while flying and at the same time they could really have a gunfight. They could also really duck for cover. Something as simple as ducking for cover was amazing. If you were using a keyboard to play a game, if you needed to duck you would have to press an assigned key. Finger ducking.

All this rambling on is to finally end by saying that when the HTC Vive became available I went out and got one. I also got Hover Junkers and wow! Yes! I could really duck, crouch and walk around my little vehicle and all the while I was scooting around the landscape looting and shooting my opponents. It has really been a very immersing experience. A lot of fun and sometimes tiring experience. I need the aircon going full blast.

I should mention here that the HTC Vive bundle also include tracking sensors that need to be set-up in a room to allow you to walk around. The sensors need to be placed diagonally opposite in an elevated, downward angled position. There is a minimal space requirement of 2×1.5m . I was able to attach my sensors on bookcases in my PC room and was just able to meet the minimal requirement area. Setting up the space was done through SteamVR on Steam. I had no issues setting it up and took about 10 minutes.

I argued earlier with myself that I should check out the Oculus and the Playstation version as well. One thing is HTC Vive already has a very easy and accurate setup to track your movements around the room right now.  The Oculus Rift has no design of a controller that I know of at this moment. The controllers and the Vive headset work fantastically together. The Playstation should have controllers, but I am wondering if the PS4 can cope as well as my desktop. My Desktop is running an i7 core with 16gb ram and a GTX 980ti gpu. My thinking is the games may have more room to grow on my PC at this stage.

I can’t wait to see what the future VR technology will bring. A wireless headset will be high  on the wishlist. The screen resolution will only get better. Consoles and PCs will get more and more powerful. Things are looking great! If you can hold off getting VR stuff now I suspect you will get a choice of some fantastic piece of hardware in the future.

Just don’t go get a demonstration of VR gear.

My daughter got into the Vive vibe very quickly. Kids can adapt to new things so easily. She enjoyed playing theBlu and the Waltz of the Wizard 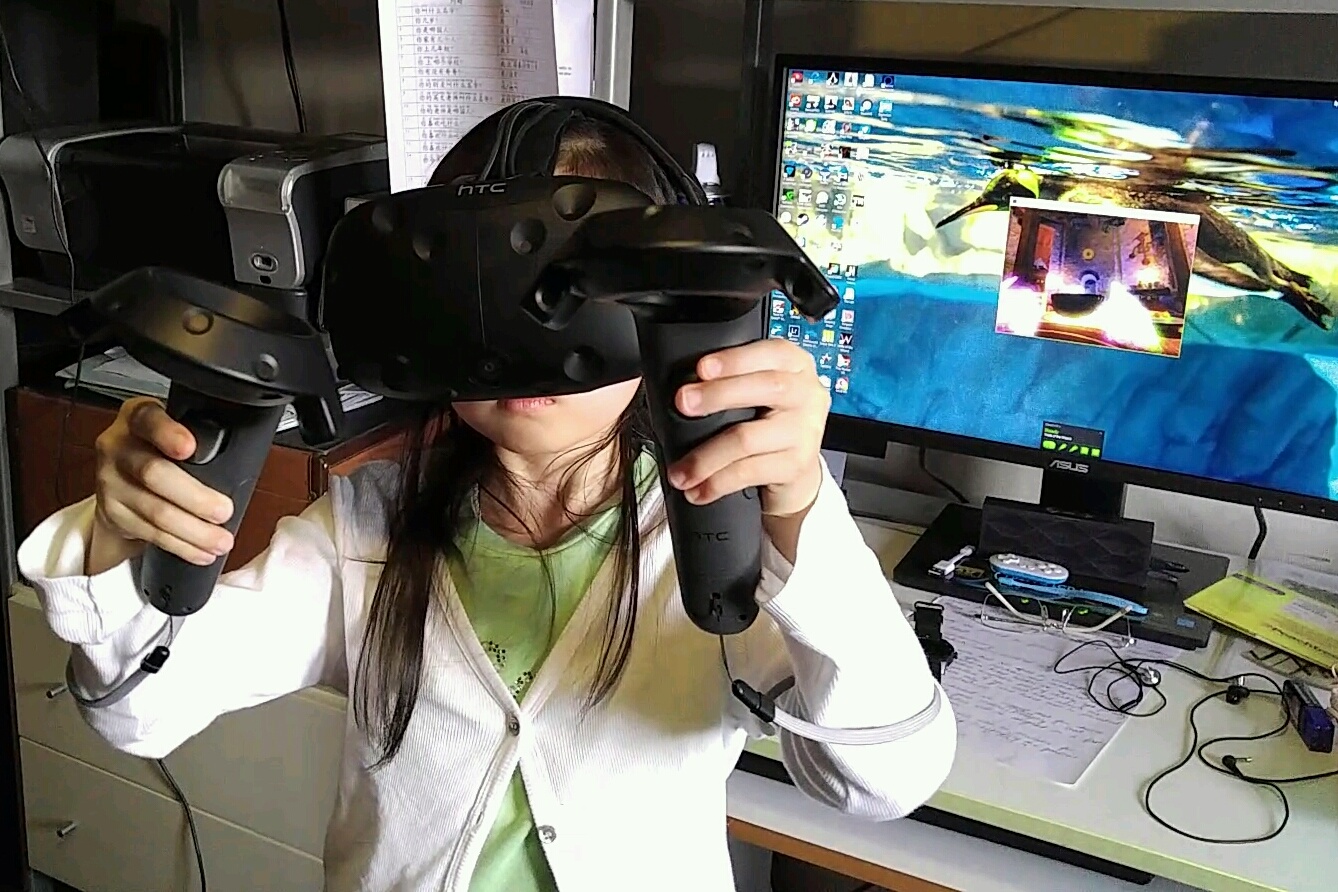 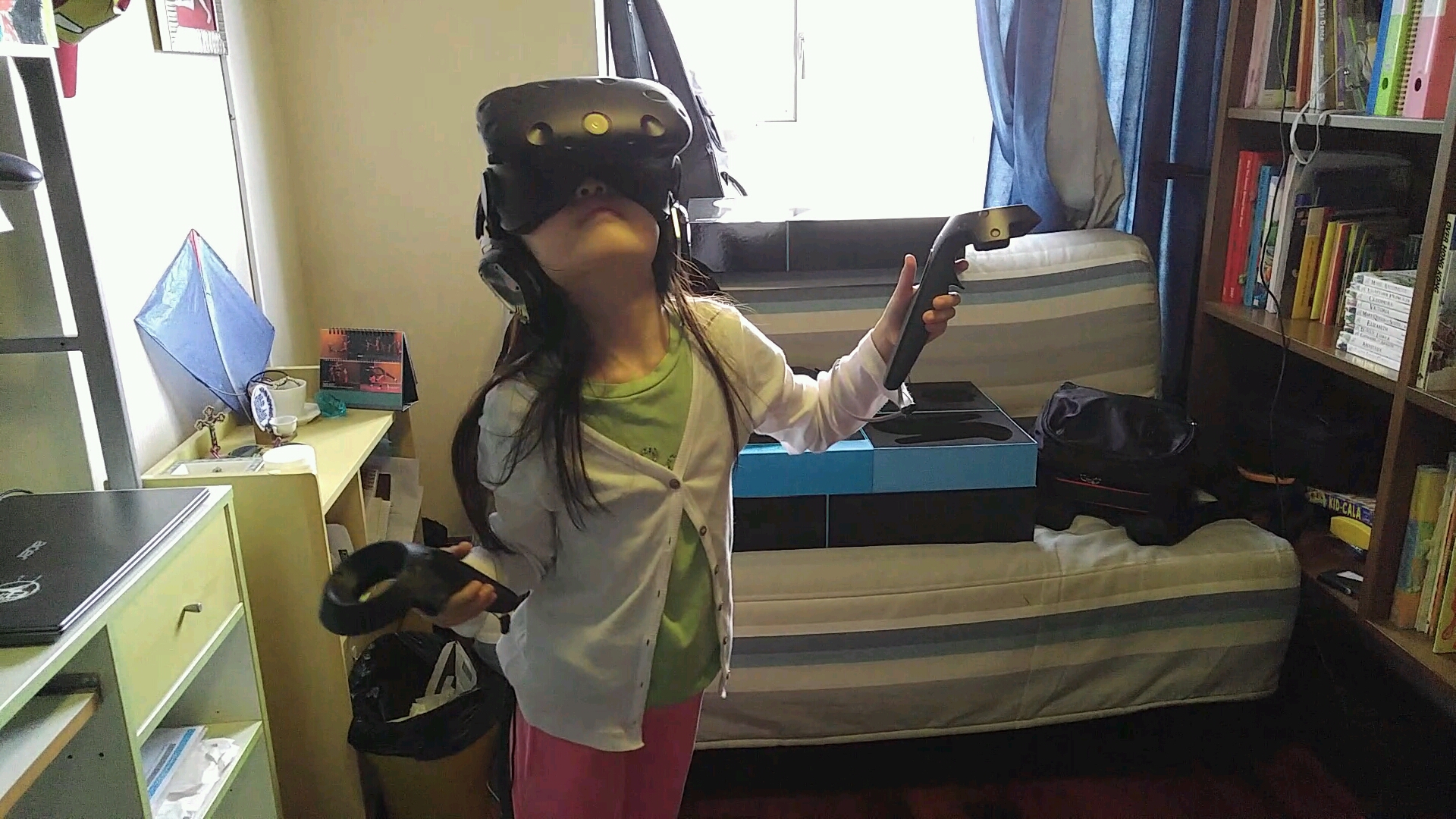 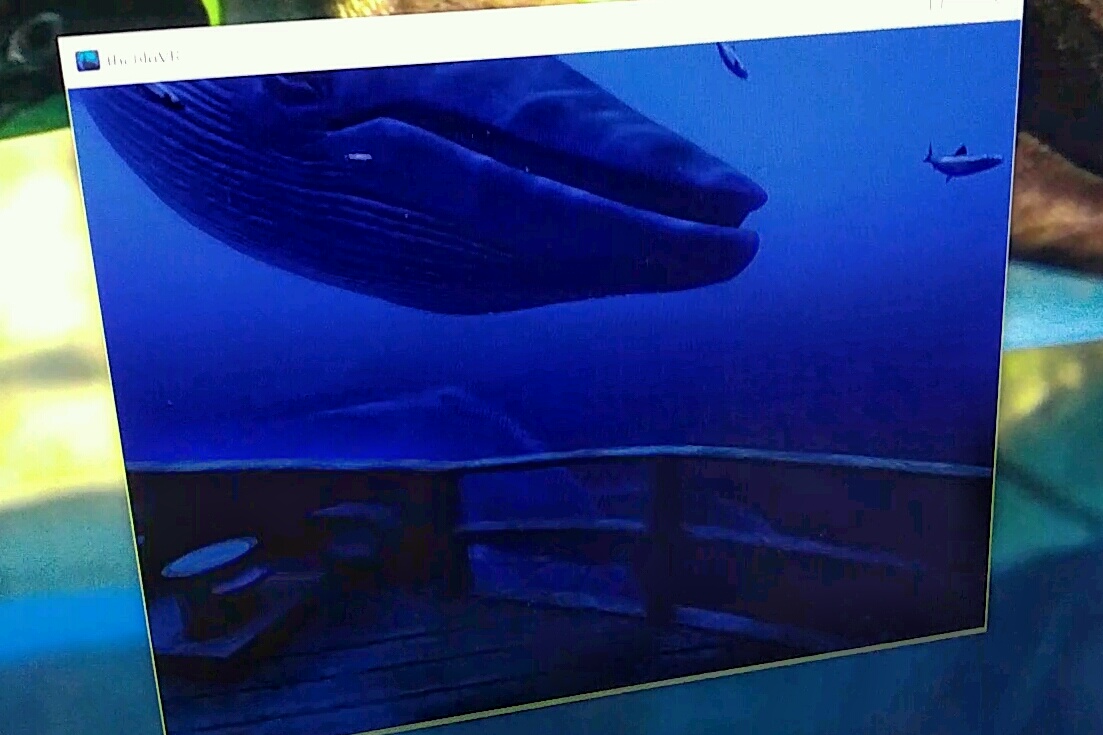