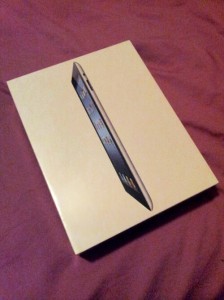 I have succumbed to a retina display iPad. This one is the 64gb wifi only version. I compared the text on the Web browser side by side with the iPad2 and you can definitely see the difference at the smallest text size. If anyone knows of a raw file editor, please let me know. … END_OF_DOCUMENT_TOKEN_TO_BE_REPLACED 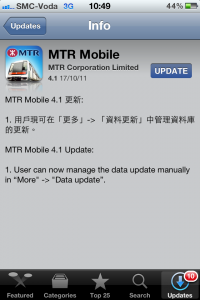 There are many note-taking apps in AppStore - that's why it's hard to find the right one. Hope this list may help you a bit :-) … END_OF_DOCUMENT_TOKEN_TO_BE_REPLACED

I just read in the real SCMP newspaper (yes, I still get the newspaper delivered!!), that SCMP will be free for viewing on your iPad until August. If you have bought your "just released in HK" iPad then you might want to check out SCMP during the free to view period.  After this period SCMP intends to charge 0.99c per issue. SCMP … END_OF_DOCUMENT_TOKEN_TO_BE_REPLACED

The official release of iPad in Hong Kong is near! On Friday, July 23 2010, the iPad will officially launch in HK. Pricing details are not yet known, but expect networks such as SmarTone and Three to offer 3G plans. In fact, SmarTone has released a press release on iPad pricing plans (pdf). CUPERTINO, California—July 19, 2010—Apple® today announced that iPad™ will be available in Austria, Belgium, Hong Kong, Ireland, Luxembourg, Mexico, Netherlands, New Zealand and Singapore this Friday, … END_OF_DOCUMENT_TOKEN_TO_BE_REPLACED 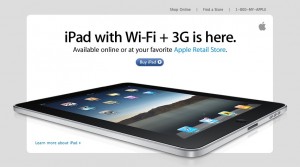 In the US, that is. In Hong Kong we don't even have the retail iPad yet, with Apple recently announcing that the international launch of the iPad would be delayed until the end of May 2010. To get your hands on one, you would need to buy "water goods" at places such as Sin Tat or Simcity (both located in Mongkok). Pricing and pre-orders for the international iPad will supposedly take place on May 10, 2010. … END_OF_DOCUMENT_TOKEN_TO_BE_REPLACED